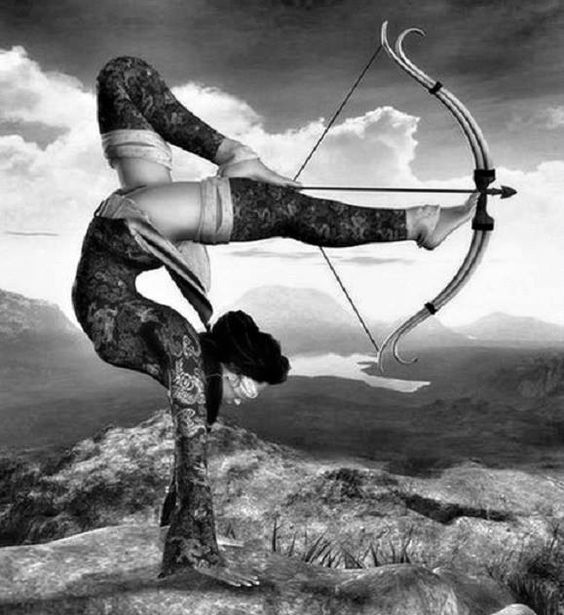 The artistry of language is also the source of its greatest threat.
The one using an art-form, which would include language, inserts his own motives in the artistic expression.
Using the wrong word, in the wrong context, might be a product of ignorance, or lack, or artistry, or, more insidiously, it could be a product of a ulterior motive.
Using “god” instead of order, insinuates an additional factor into a concept that does not require it.

There are many ways to express a concept, each with its usage of a different symbol/word, offering a n additional nuance.
The hypocritical mind might use an incorrect word to piggy-back, into the other’s consciousness, a concept that does not belong there.
Along with a rational concept an irrational one might be included, as if one belonged in conjunction with the other, inserting it in the mind of an other so as to make the rational and the irrational a confusing mix in the brains of the weak, and insecure, wanting to “soften” up the harshness of reality with a little insinuation of fee-good idealism.

For example, connecting objectivity with the Judeo-Christian/Islamic concept of good/evil, God/Satan, confusing the biological reference of good/bad, in relation to the organism’s well-being and future possibilities, is a method of inserting an unnecessary subjective component, into an objective judgment, based on experience, precedent, connections of noumena to phenomena.

I chose the term “pattern” to refer to existence as fluctuating (inter)activity, not because of some personal reasons but because the word “pattern” expresses the idea of dynamic, repeating, consistency, that we also refer to as order(ing), minus the emotional, self-serving, anthropomorphic baggage.
To use any other term would be to insert a component that is unnecessary, and with it expose an emotional motive in the one that does so.
This piggy-backing method also helps to evade detection, as the one using irrational, and/or emotional reasoning, can associate it with cold, objectivity, and empiricism, to hide – sometimes expressing this hidden component and at other times repressing it to evade detection.

Pattern has no cultural, spiritual, insinuations, as it denotes a geometric/mathematical repeating, predictable, cycle of behavior… of (inter)action.
Order is this pattern… making chaos the absence of it.
Not the absence of dynamic (inter)action, not a hidden more complex pattern, but the absence of predictable, consistent cycles of behavior – random.
Patterns also implies a past/nature, as the source, since it demands more than one experience of said behavior, to establish a pattern – growing in time with its repeating consistency.
Metaphors are helpful in expressing the same pattern, or congruence of multiple patterns we also call an particle, or element, or types of matter/energy, each implying additional concepts that may insert an emotional, self-serving component that will corrupt the meaning and pass it on to another mind – personal anxieties projected into an other’s mind…as memes multiply in the same manner genes do: intercourse, shared backgrounds, desire, male/female psychological dynamics etc…
To convince someone is to seduce and inseminate them; to coerce someone is to overpower and rape them.

Memes are extensions of genes, not separate, making the idea of social constructs, in reference to sexual specialized roles and races, a sophisticated form of brain-washing.
Meme is a continuance of genes, birthed within a particular population, and then inseminating another, to which it acts like a genetic mutation – something foreign to their particular environment.
Like an transplant, if the genetics is too divergent the foreign body will be rejected, or heal into place in a bizarre way.

In this case the Nihilistic meme inseminates the needy mind with an idea(l) it desperately wishes were so.
Mimetic Theory

Girard wrote: In addition to its religious sense and its particular meaning in the context of shamanism, the word katharsis has a specific use in medical language. A cathartic medicine is a powerful drug that induces the evacuation of humors or other substances judged to be noxious. The illness and its cure are often seen as one; or at least, the medicine is considered capable of aggravating the symptoms, bringing about a salutary crisis that will lead to recovery.

In other words, the crisis is provoked by a supplementary dosage of the affiiction resulting in the
expulsion of the pathogenetic agents along with itself. The operation is the same as that of the human kathtrrma, although in medicine the act of purgation is not mythic but real. The mutations of meaning from the human katharma to the medical katharsis are paralleled by those of the human pharmakos to the medi­cal pharmakon, which signifies at once “poison” and “remedy.” In both cases we pass from the surrogate victim or rather, his represen­tative-to a drug that possesses a simultaneous potential for good and for bad, one that serves as a physical transposition of sacred duality. Plutarch’s use of the expression kathartikon pharmakonseems mean­ingfully redundant in this context.

Katharma and katharsis are derived from katharos. If we wished to group together all the themes associated with these terms, we would find ourselves with a veritable catalog of the subjects discussed here under the double heading of violence and the sacred. Katharma is not limited to the victim or the surrogate object; it also refers to the supreme efforts of a mythic or tragic hero. Plutarch speaks of the pontia katharmata, expulsions that purified the seas, with reference to the labors of Heracles. Kathairo means, among other things, “to purge the land of monsters.” Its secondary meaning, “to whip,” may appear puzzling in this context, until we recall the practice of whipping the pharmakos on the genitals.

It is worth noting that catharsis is used in connection with purifica­tion ceremonies that form part of the “mysteries” initiation rites; the word is also sometimes used to designate menstruation. Such usages make it clear that we are not dealing here with a heterogeneous collection of references, but rather with a unified system, to which the surrogate victim holds the key. [Violence and the Sacred]

The act of purging, defecating, unwanted organic patterns from the organism’s internal organ relationships (cellular cohesion), so as to assimilate the ones that can converted and harmonized and to expel those that are unwanted (toxic), and will produce incongruity, dissonance the internal hierarchy/harmony, the internal order(ing) of different patterns… not totally harmonious with each other.
The body is elitist, not democratic – the organism is discriminating, not tolerating, not blind to divergence.
A meme is the neurological network connecting the multiplicity of cellular patterns, acting in congruity (relative harmony), to the world, as does the neurological network connect mind/body in a biological emergent unity – it is the code all is converted to to be processed.
Language is the neurological code, and words individual neural pulses sending data to and from the body.
Nihilism is a form of delusion, or comforting, relieving, detachment of body from sensory input form external sources – a type of madness.
reduction in anxiety/stress, makes the accumulation of excess energies (libido) a problem to deal with, by either sublimating them, redirecting them (towards constructive objectives, proper ambitions), or by repressing them, causing neurosis in the population.

To survive an external protective force is necessary, or a contradiction in the unity, in the organism, selectively incorporating external stimuli and selectively dismissing others.
The Nihilist must be sheltered form his own detachment, his won idiocy, or he must lie to himself, evading the consequences of ideal being in disharmony with the real.
Nihilists tend to seek popular approval, mass appreciation, to create this cocooning, protective shield between them, and their detachments, and the world that remains indifferent to their subjectivity.

Most notably we witness this in Christianity where universal love sometimes breaks into discriminating violence, or how their faith in an afterlife is accompanied by some rule against suicide, or in Humanism clamming that appearances are superficial using it in all cases except when it comes to humans.
Nihilism needs to detach from a threatening world must be selective, or dependent (interdependent), otherwise it faces the expected consequences.
Words are how it creates a noetic barrier between mind and external world of phenomena.
The apparent is hiding a “truth”, or is not the “entire truth” mirroring the subjective Nihilists’ hidden agenda, and his concealed personality, placing a fake character as the front-man, the public-face.

An inability to interpret the apparent, insecure about facing the consequences of error in judgment, expressing a dismissal of all appearances – leveling down.
The mystical is used to make all appearances so complex as to require a specialist, a gifted shaman, that can read the hidden signs – allusion to inferior/superior consciousness.
The specialist, the guru, the priest, is the great equalizer.
The inferiority of the many is mitigated by his superiority, and all is equalized under the idea(l).
If nihilistic the idea(l) is one of forgiving this divergence in genetic potentials, using memetic equalizers – techniques/technologies.
All must be included, all will be saved, all have value, must be given hope – political agenda.
Techniques/Technologies strictly regulated and accessible to those who earn the “ri(gh)te” to, is imposition of genetic parity memetically.
Strict regulation of techniques/technologies, including language, words, ensuring memetic equalization.

The philosopher king needs a safe environment to direct his mind away from them mundane – Socrates must plant a monotheistic, authoritarian, unifying, god in the minds of those he corrupted with his freethinking – the meme finding soil to grow into tyranny.
Best way to control the minds of the average, masses is to limit them with linguistics entrapment – nihilistic paradigm of either/or, both sides representing a final end (telos): absolute chaos and absolute order (singularity) both an end to (inter)activity, one in the uniformity of infinite possibilities and no probabilities, and the other as an implosion of space/time, and the one, and only, probability.
Modern politics of right/left representing those two poles of nihilism, creating the illusion of choice, and free-will.
By defining both poles with the same underlying nullification of reality, the citizenry is trapped in a noetic prison, unable to think outside its premises, and unwilling to when it gets glimpse of the alternative.
Intelligence is not enough to produce wisdom.
A mind needs courage: the constitution to endure what it becomes aware of.
Awareness is not enough.
Data storage is not enough.

This is a text widget, which allows you to add text or HTML to your sidebar. You can use them to display text, links, images, HTML, or a combination of these. Edit them in the Widget section of the Customizer.
Loading Comments...
%d bloggers like this: